15 best mascaras for the most perfect lashes, including volumising and lengthening formulas Lashes have the power to make or break a look. To wear a classy, clean look, we often opt for Japanese-style lifted lashes, but whenever we’re hoping to nail a sultry smokey-eyed style, we turn to thick, statement-making eyelashes to complete our makeup instead.

Since not all mascaras are created equal, we’re happy to be able to count on various tubes of inky black to help us toggle between a light and lifted lash style, full-on dramatic flair, and everything in between.

To help you flaunt perfect lashes in all seasons, we’ve rounded up the best mascaras to have in your bag – including volumising formulas that plump up the strands and lengthening ones to achieve fan-shaped lashes!

Talk about lengthening. While most mascara formulas use fibres to create extra fluttery length for our lashes, Cangro’s Long Lashes Lengthening Mascara is also infused with the brand’s signature eyelash growth serum.

Uh-huh, we’re not kidding when we say that you’ll start to see your natural lashes look longer and fuller too. Even the most stubborn and stubbiest lashes will become curled with this super-lifting mascara from Japan.

Reviewers praise this one for granting their short and stick-straight Asian lashes lifted curls that last. Seriously, you don’t have to worry about re-curling your lashes throughout the day – even Bambi would be jealous. The trick to getting ultra-long wispy lashes is to apply your mascara in two steps, first with a lash primer, and then with a top coat of your inky-black formula.

The primer cleans your lashes and helps the mascara formula cling to every inch of your lashes, from root to tip, so you’ll get to boast longer and bolder curls.

L’Oreal’s Double Extend Beauty Tubes Mascara, with a primer on one end and mascara on the other, lets you do just that even without having to reach for another tube!

Not your ordinary tacky formula, this tubing mascara sets to form little lightweight tubes around your lashes for extension-worthy length too. 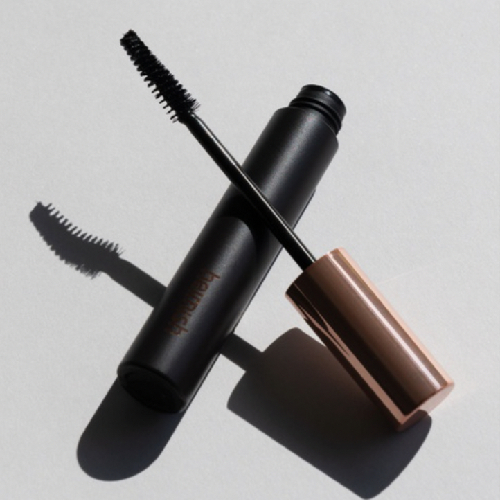 You wouldn’t believe how natural your eyelashes look even after shimmying on a few coats of Korean brand Heimish’s Dailism Smudge Stop Mascara.

This lightweight formula thinly coats the lashes to grant them K-style length and curl. Without the clumps or chunky volume, you’ll nail Korean idol spidery lashes with just quick swipes of the wand – it’s like magic.

Shimmy and shine with Maybelline’s Lash Sensational Mascara. Considered a “dupe” for high-end formulas, this one gives you the long, fanned-out lashes of dreams at an affordable drugstore price.

What’s really special about this mascara is the fanning brush that’s equipped with not one but ten layers of bristles to separate and evenly coat your lash strands. The inner curve of the brush lets you reach the roots and the outer curve fans them out to create lashes that defy all the rules.

That’s sensational length, for sure. Searching for a hydrating lash-lengthening formula? This one will do the trick.

The Pacifica Stellar Gaze Length & Strength Mineral Mascara is formulated with super-nourishing coconut oil and vitamin B to moisturise each strand even as it darkens and lends light length to your lashes.

This mascara’s also 100% vegan, from its inky-black formula to its plush brush. 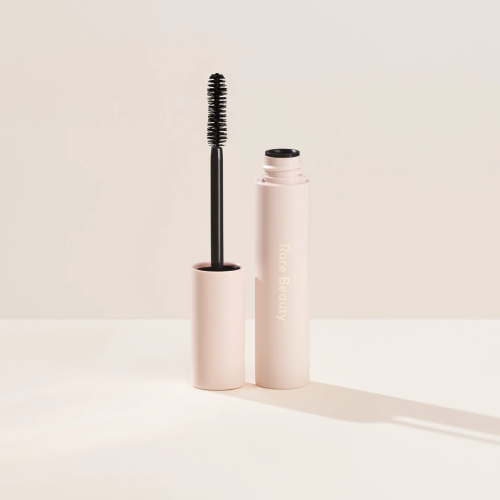 Rare Beauty has done it again with its Perfect Strokes Universal Volumizing Mascara, a mascara that builds lush lash volume and stays budge-free throughout the day.

The unique curvy brush of this mascara wand boasts a combination of long bristles for length and short bristles to add volume.

Just wiggle this pitch-black mascara formula onto your lashes and you’ll be wearing glamorous, red-carpet-worthy curls with total ease. Did we mention that it’s long-lasting too? Claim all bragging rights when you layer on the Anastasia Beverly Hills Lash Brag Mascara, a formula that builds and builds on the lashes for seriously dramatic volume.

The chunky formula paired with the dense, curvy brush achieves juicy thickness on each strand plus fans them out for Kim Kardashian lash-style.

One swipe gives you extra length and two swipes still natural-looking volume – but when you hit magic number three, your lashes will hit full potential. 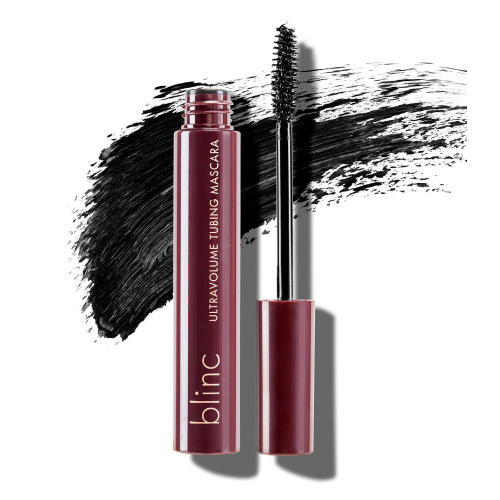 If there’s one thing we really hate about mascara, it’s scrubbing and scrubbing at our lashes after a long day out but still waking up to smudged under-eyes the next morning.

Blinc’s UltraVolume Tubing Mascara solves your inky-eye woes with its tubing technology; the formula forms “tubes” around each strand so that just warm water and a slight pinch of the lashes will slide your mascara right off.

Yes, this tubing mascara gives long-lasting, budge-proof dramatic volume by day and glides effortlessly off your lashes when it’s time to get ready for bed. It’s a win, and win again. 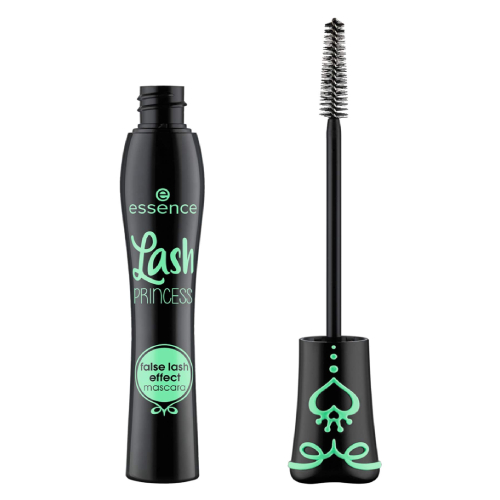 TikTok’s treasure trove of wonder-working beauty products has put the Essence Lash Princess False Lash Effect Mascara on our radar as a mascara that effortlessly thickens top and bottom strands to give a Disney-princess-deserving false lash effect.

We’ve seen it and we believe it: one coat gives hit-the-ceiling length and two coats bring dramatic volume for a dolly-lash look. Trust TikTok to introduce us to a mascara that works like magic. 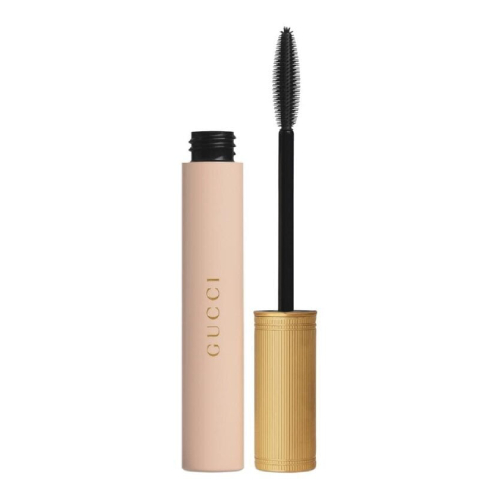 We could have nothing on our faces but the Gucci Mascara L’Obscur, but we’ll still be making you look.

This tube of mascara – just admire the classy, vintage-style design – isn’t worth every penny just because it’s from Gucci.

The mascara also boasts a seriously luxurious formula that glides like liquid ink onto the lashes, effortlessly separating them from the root to tip.

One swipe and you’ll be flaunting lashes that are long, bold, and clump-free. 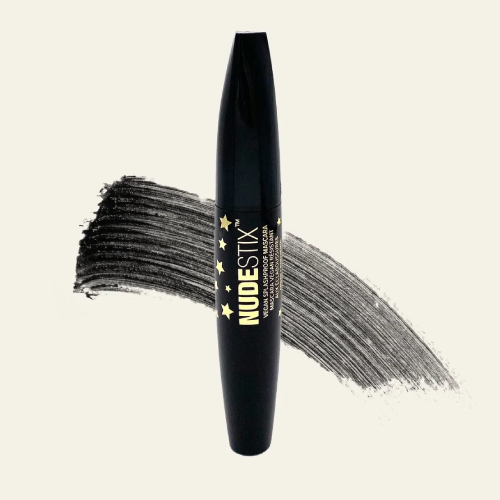 Save this one for a rainy day, literally, because the Nudestix Vegan Splashproof Mascara boasts a long-lasting waterproof formula that’s resistant to sweaty spin class workouts, happy tears at a wedding, and unpredictable stormy weather.

This mascara accentuates your natural eyelashes so that they’re your lashes but better, and reviewers praise it for proving itself as a splash-proof inky formula – no smudged panda eyes to see here.

The one drawback is that this product can be flakey, so you’ll have to decide if wonderfully waterproof or a lil’ bit flakey tips the lash-lovin’ mascara scales. 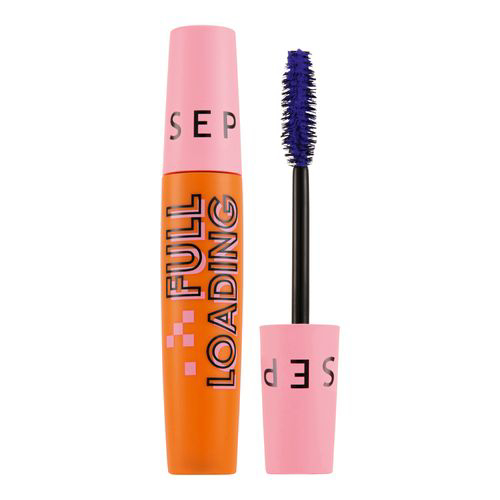 Whether you want thicker pitch-black lashes or looking to make your brown eyes pop with a coat of bright blue mascara (read: TikTok’s blue mascara trend), Sephora Collection’s Full Loading Mascara is the one you need in your bag.

The mascara comes in four colours, black, brown, blue, and plum, so you can easily bring a pop of colour to your eyes in vibrant Y2K-style! 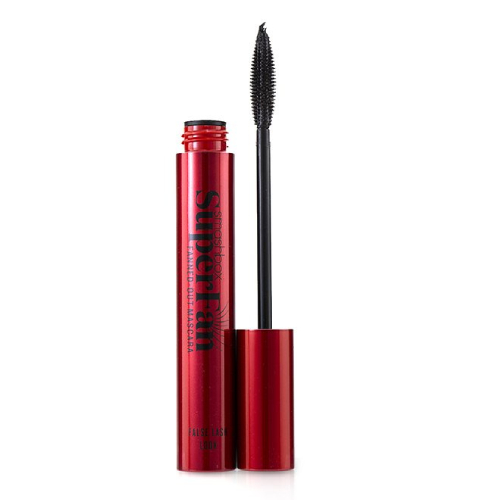 Nail a lifted lash look with Smashbox’s SuperFan Mascara, which coats the lashes in a light layer of inky black formula and separates strands for a fanned-out style.

Since the 360° Precision Brush reaches even the shortest lashes at the corners of the eyes, you’ll flaunt ultimate lash volume and flair with this red-tubed mascara. 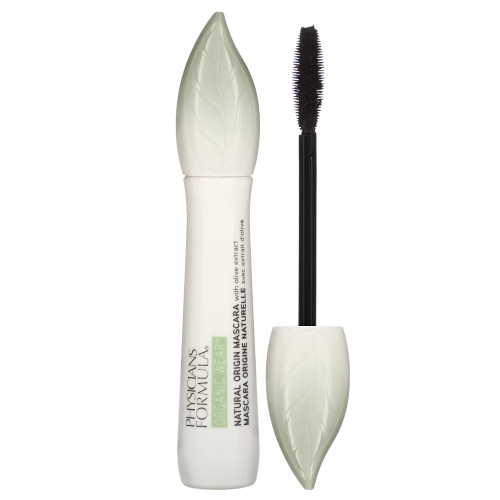 First off, just look at the cute leaf-topped tube, which we think is ultra-fun to whip out when you’re topping up on your mascara in front of the mirror midday!

Infused with organic lash-boosting complex and organic olive extract, the formula not just accentuates the lashes but conditions them too.

The best part is that you can wash the mascara off with just soap and water when you’re ready to wind down at the end of the day. Translation? Healthier, less damaged lashes in the long run.